Whatever the election outcome, there will be at least nine opposition voices in House – one-tenth of 84 elected MPs 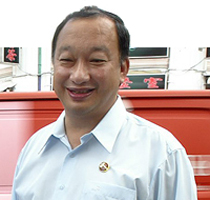 SENDING VOTERS WRONG SIGNAL
“Voters may just think, why vote for them since we are sure to get at least nine in? This is wrong as NCMPs do not have full powers and cannot be said to truly represent the people without constituencies.”
Mr Eric Tan from the Workers’ Party, criticising the new idea

IF A change to the political system that was proposed yesterday, had taken place before the previous General Election, Parliament today might look very different from what it is now.

For one thing, former Non-Constituency MP Steve Chia might still be around.

This is because changes mooted by Prime Minister Lee Hsien Loong yesterday to the NCMP scheme will see no fewer than nine opposition members in Parliament from the next General Election onwards, instead of the current three.

To do this, two key pieces of legislation will be amended.

The Constitution will be changed to allow up to nine NCMPs, up from six currently.

The NCMP scheme allows the best-scoring opposition candidates to get non-constituency seats in Parliament.

Likewise, the Parliamentary Elections Act (PEA) will be amended to provide for at least nine opposition voices – whether elected or NCMPs – in Parliament.

These moves will bring the number of opposition voices – at nine – equal to that of Nominated MPs.

To distinguish between the winners and losers in a GRC fight, no more than two NCMPs will be allowed from each group representation constituency (GRC), said Mr Lee.

“This will spread out the NCMPs more evenly and make them more representative of those voters who have voted for the opposition nationwide in a General Election,” he added.

In effect, if the changes had been made prior to the 2006 elections, the Workers’ Party team contesting in Aljunied GRC might have had two NCMPs, instead of just one, Ms Sylvia Lim.

In fact, the opposition might have a total of seven NCMPs and two elected MPs now, with the WP taking seven of the nine opposition seats.

In announcing the changes, Mr Lee said NCMPs have made their contribution to national debate by expressing opposition views in Parliament.

“They have let Singaporeans compare the policies and programmes of the Government and the opposition,” he said.

“And they’ve enabled Singaporeans to evaluate the performance of parties and MPs through the continuing debate in Parliament day in, day out, during the whole term of the Government, not just during the short period of the campaign during the General Election.”

As such, the scheme has achieved its purpose and has been accepted by the public, he said.

Started in 1984, the NCMP scheme aimed to give the opposition more voice in a Parliament dominated by the People’s Action Party (PAP) since the 1968 elections.

Since then, there have been no more than four elected opposition members in Parliament – a high reached in 1991.

Over the years, Mr Lee noted, the NCMP scheme has allowed opposition members such as the late Dr Lee Siow Choh and the late Mr J.B. Jeyaretnam, both from WP, and Singapore Democratic Alliance’s Mr Steve Chia to enter Parliament.

NCMPs do not have the full rights of an elected MP.

Among other things, they cannot vote on amendments to the Constitution, on a Supply Bill, nor in a vote of no-confidence against the Government.

But they can vote on changes to legislation and raise motions to pass new Bills.

The WP’s treasurer, Mr Eric Tan, said he was glad the Government was recognising the people’s desire for more opposition.

At the same time, however, he warned that the new move could be counter-productive for the opposition.

Mr Tan, who contested in East Coast GRC in 2006 and would have been an NCMP had the changes been effected then, said the move might seduce voters to not vote for the opposition.

“Voters may just think, why vote for them since we are sure to get at least nine in? This is wrong as NCMPs do not have full powers and cannot be said to truly represent the people without constituencies,” he said.

The Pasir Ris-Punggol GRC MP said that the move to allow more opposition in Parliament was a generous one.

“The bottom line is that the Government is allowing more opposition members who have contested in an election, who know the ground, into Parliament, regardless of whether they won or lost,” said Mr Chong.

“I think that is a win-win situation for the opposition.”

Posted in 2009 05. Comments Off on Straits Times: Win or lose, more voice for opposition 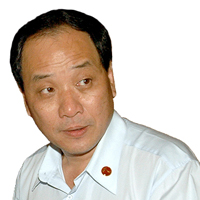 CRITICAL TEST
“Can we withstand the political crisis that accompanies a government’s downfall, like what happened in Indonesia or the Philippines? Would we be able to survive? I’m not sure.”
Mr Low, MP for Hougang

THE ruling party says the effectiveness of Singapore’s political system lies in its internal checks and its ability to serve the people, but only an elected opposition can provide effective checks and balances, Mr Low Thia Khiang (Hougang) declared yesterday.

The leader of the Workers’ Party said this is because the ruling People’s Action Party (PAP) currently dominates the House, can amend the Constitution freely, and controls key levers of power in the country.

What if one day it were to abuse its powers, trample on people’s rights or become corrupt? “What can the people do then?” asked Mr Low.

“Maybe CPIB (Corrupt Practices Investigation Bureau) has a role to play. But if the CPIB is under the purview of the Prime Minister’s Office, how can it play a checking role?” he asked.

Speaking in Mandarin, he noted that some believed the ruling party would be able to check itself, that it was not “a nest of snakes and rats”, and that even if it were to break up, the remaining half could still run the country.

Mr Low argued, however, that the best way was to have external checks and balances in the system, in the form of a more effective opposition presence.

He was commenting on remarks by President SR Nathan last Monday on how Singapore politics had to evolve over time as the world and society changed.

He mused: “Can we withstand the political crisis that accompanies a government’s downfall, like what happened in Indonesia or the Philippines? Would we be able to survive? I’m not sure.”

With few Singaporeans willing to join the opposition parties to contest elections, Singapore’s democracy resembled a “one-legged duck”, he said.

As for the PAP’s often-made argument that it is not responsible for helping the opposition grow, he said this smacked of a “winner takes all, loser is a bandit’ mindset.

“But we cannot blame the ruling party,” he hastened to add, noting that Singaporeans returned the PAP to power at every poll.

Turning to arguments that losing opposition candidates can still be appointed Non-Constituency MPs, he said this was not enough as the role of the opposition is “not merely to reflect views and feelings of its people”.

Only by having a geographical constituency would an opposition party be able to grow its support base and strengthen its competencies, he said.

Also, only through weekly Meet-The-People Sessions would these MPs be able to appreciate people’s real concerns as well as assess the effectiveness of government policies, Mr Low said.

Past changes to the parliamentary system indicate “we will continue to experiment, but in a cautious way”, she said.

Posted in 2009 05. Comments Off on Straits Times: Only elected opposition offers ‘effective checks’

The Workers’ Party chief and Hougang MP defended the long-held growth model, saying in Mandarin: “I believe it is correct to attract foreign investments to encourage competition in a free market, to open up our market and to go global and…integrate with the global economy.”

While acknowledging the strategy would make Singapore vulnerable to the ups and downs in the world economy, he believes the country will continue to prosper when the current economic storm blows over.

“Hence, I believe our economic model is basically correct,” he said.

Mr Low was among 15 MPs who spoke yesterday on the President’s Address, which mapped out the Government’s priorities for the remaining legislative term.

President SR Nathan had stressed that a key focus was to sustain economic growth, which had been viewed as a rebuff to critics who had questioned the “grow-at-all costs” economic strategy.

In his address, the President also called for new ideas to tackle the crisis.

Mr Low urged the Government to focus on growing local small and medium-sized enterprises (SMEs). He pinpointed the knowledge-based and creative sector, describing them as “sunshine industries”.

Helping the SMEs was also a call of Mr Inderjit Singh (Ang Mo Kio GRC), who said it was “timely” to review Singapore’s growth model to reduce dependence on multinationals (MNCs).

He noted that the resources allocated to growing SMEs were a “far cry” from what was invested in the MNC strategy, resulting in weaker local enterprises.

“I cannot shake the feeling that this is because we have not been wholehearted in wanting to create our future Singapore MNCs, contented as we are with the foreign MNCs coming to Singapore,” said the vocal businessman MP and long-time champion of the SME cause.

Some ways to do so, he said, were snipping personal income taxes, scrapping the 10 per cent service charge in restaurants and subsidising the goods and services tax by giving out GST vouchers.

Singapore should aim for “modest, sustainable economic growth”, he said, adding: “We need to feel proud of Singapore for what it is, and to take care of it, to protect overexploitation, overcrowding and unsustainable growth.”