Mr Chan’s query about the price of electricity in Hong Kong and Singapore is partly answered by the fact that Hong Kong produces electricity largely from coal, and hence the impact of volatile fuel prices is not as amplified as it is here.

However, the unanswered part which the Singapore authorities should seriously consider is that Hong Kong has a system of tiered charging for electricity based on consumption.

Thus, for the first 150 units of electricity consumed, the rate is about $18. Progressively as consumption increases, the tariff rate goes up, so those who consume more electricity pay for additional units at a higher rate.

Such a tiered charging system has several benefits:

• It ensures there is a humane rate for baseline consumption, while those who can afford it can consume more;

• At the same time, it is green – encouraging everyone to save electricity so as not to cross to the next tier and be charged at a higher rate.

Indeed, tiered charging is already in place in Singapore for water.

At the parliamentary sitting on Oct 21, I raised this suggestion which the Ministry of Trade and Industry seemed reluctant to pursue.

The other issue alluded to by Mr Chan is the lack of transparency surrounding the tariff formula.

At the same sitting, I asked whether the electricity tariff formula was a state secret and if the full details of the formula would be published. The answer was that the Energy Market Authority would be happy to oblige, subject to considerations of commercial confidentiality.

Electricity prices have risen more than 50 per cent since January last year and have doubled since January 2004. We await the ministry’s response. 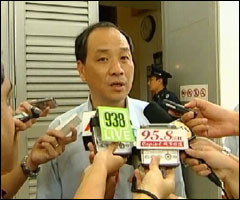 SINGAPORE: Opposition Member of Parliament Low Thia Khiang has urged investors who have lost money on Lehman bonds not to file class action suits against the financial institutions.

In a statement to the media on Wednesday, the Hougang MP said he is concerned that such investors may end up paying huge legal bills.

He feels investors should only resort to legal redress after they have taken their cases to the Financial Industry Disputes Resolution Centre, and despite that, are still unhappy.

The Monetary Authority of Singapore (MAS) has advised investors to file a complaint with the financial institutions involved, and then with the Centre.

Mr Low has asked the MAS to issue detailed guidelines to financial institutions on how to handle the complaints, with a set time frame for the whole process.

He hopes that affected investors will then have greater certainty as they weigh their options. – CNA/yb

“What will happen if the EP (Elected President) takes an adverse approach? Then the government can be crippled.”
Mr Low Thia Khiang

THE Workers’ Party may support the new framework that allows the Government to tap investment income from the reserves for its spending, but that does not mean it has abandoned its objection to the elected presidency, said its leader Low Thia Khiang.

Prime Minister Lee Hsien Loong had drawn the link yesterday when he praised the opposition party for supporting the constitutional amendment.

But the MP for Hougang, who is the party’s secretary-general, promptly rejected it, saying the WP had not budged from its existing position.

He said the elected presidency had “political implications”.

For example, should the People’s Action Party lose a general election, “the office of the Elected President could be potentially crippling for a non-PAP government given the fact that a lot of important appointments require the President’s approval”, he said.

Mr Low argued that the strict qualifying criteria for candidates meant presidents would likely be from the Establishment, or even former PAP ministers.

The Constitution requires a candidate for the presidency to have senior management and financial experience in a large organisation, plus good character and reputation.

Mr Low also referred to the Government’s decision to set aside $150 billion to guarantee bank deposits. “What will happen if the EP (Elected President) takes an adverse approach? Then the government can be crippled.”

As for the President’s role in safeguarding Singapore’s reserves, he said there could be other ways of doing this.

He said: “We hope the WP now accepts the wisdom of having an Elected President with custodial powers, because that is at the core of this amendment… and will no longer campaign to abolish the Elected President as they did in the 2006 election.”

OPPOSITION MP Low Thia Khiang wants the Monetary Authority of Singapore (MAS) to be more “proactive” in dealing with investors who may have been mis-sold structured products.

The call by the Hougang MP came after a detailed overview by Trade and Industry Minister Lim Hng Kiang about the MAS stance on the sale of the products that have caused so much anxiety and anger in the community.

“The minister’s answers sound like the MAS shouting across the river, while watching a fire burning,” said Mr Low, who suggested the Government could form a committee “to deal with the matter directly”.

He also asked if the investors’ plight was the result of a “less prudent regulation by the MAS” and “the Government’s decision to liberalise the financial market”.

He then asked the minister, who is also MAS deputy chairman, whether the “MAS agrees that the products sold by the financial institutions were low-risk and safe”.

Mr Lim replied: “What the MAS and what the Government want to avoid is to politicise this whole issue.

“Our main concern is to get the process done and to make sure that any investor who has been mis-sold or who has invested inappropriately in these products has due recourse and due compensation. That has been our focus.”

Mr Lim also said that if the issue is taken to court, “nothing will move” amid the legal wrangling.

“Your affected investors will have to wait weeks, if not months, maybe even years before they can have recourse. I don’t think that’s the best approach.”

The minister said the product’s prospectus would have outlined the risks: “These are explained on the first page or second page (of the prospectus), that these are structured products and it’s in bold print, that you can lose everything.

Getting the right focus

Mr Low Thia Khiang:
“The minister’s answers sound like the MAS shouting across the river, while watching a fire burning. Can the MAS take a more proactive approach by convening a committee of inquiry to deal with the matter directly?”

TODAY: ‘We fought shoulder to shoulder’

Mr Jeyaretnam waving to the crowd during a 1996 Workers’ Party rally in Raffles Place. AFP

THE year was 1986, and Mr J B Jeyaretnam had just been convicted of mis-stating the accounts of the Workers’ Party (WP).

Then a young politician with the WP, Mr Low Thia Khiang watched as Mr Jeyaretnam got ready for his time behind bars – a moment which remains one of Mr Low’s most vivid memories.

“I was in the office. The way he took off his bow tie and slowly took off his coat – the man had resolved to fight on even if he had to go to jail,” recounted Mr Low, who took over Mr Jeyaretnam’s post as WP secretary-general when the latter resigned in 2001, accusing its leadership of failing to help him fight his bankruptcy case.

“He told me to take care of the party.”

Mr Jeyaretnam’s conviction came just two years after he got re-elected in the 1984 General Election, by a wider margin than he’d achieved in the 1981 Anson by-election.

Mr Low was his election agent in 1984 and with the success, “of course we felt we had made it. That was the moment we really felt the high of the victory”.

Crediting him as the man who initiated him into politics, Mr Low – who met the press for half an hour yesterday at the Hougang Town Council – said fighting “shoulder to shoulder” with Mr Jeyaretnam in the 1980s and 1990s opened his eyes to Singapore’s “political reality”, and lessons in dodging “political minefields”.

The one-time master and his protege eventually adopted different political styles, with Mr Jeyaratnam once criticising Mr Low for his low-profile approach. Had Mr Jeyaretnam not left the WP, he could have given more “impetus” to it.

“Unfortunately, that’s life,” said Mr Low, who in a statement had credited Mr Jeyaretnam for leading the party “through a number of crisis and (assuring) WP’s continuance on its political path”.

What was important, he said, was that Mr Jeyaretnam paved the way for opposition politicians. “He joined a political party, he led a political party, and he fought for the rights of Singaporeans. And even with such difficult conditions where many a time there were frustrations, there was anger, he stayed in Singapore and continued to fight on,” said Mr Low.

“So, Mr Jeyaretnam is no armchair critic, even though he doesn’t know very much about the Internet or political discourse with the Internet. He put his words into action.”

In his statement, Mr Low said WP “mourned the passing of a giant in Singapore politics”.

Ms Chee Siok Chin of the Singapore Democratic Party said Mr Jeyaretnam’s passing was a great loss for local politics and for the country.

“Mr Jeyaretnam has been tireless in his stand on human rights and democracy. He leaves a legacy behind, a very important legacy,” she said.